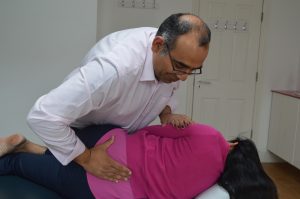 The number of people visiting a chiropractor in Ealing continues to increase each year. The rising popularity of chiropractic seems to be driven by word of mouth, with current patients telling others about its effectiveness, safety, and affordability.

But what does the research say about chiropractic care?

In this post, our Ealing chiropractor at The Spine & Joint Centre, shares a few important research findings from the past 20 years, which highlight the benefits of seeing a chiropractor. If you have any questions or want to book an appointment with a chiropractor in Ealing, give us a call on 020 8900 9004.

A study published in 2002 looked at the popularity of chiropractic care compared to other types of complementary therapies. The authors found that the general public increasingly uses chiropractic for spinal pain syndromes and most people are highly satisfied with the results of treatment.

The study’s authors suggest that chiropractic care is at a crossroads, between mainstream medical treatments and alternative treatments. The authors write that chiropractic has the attributes of an established profession largely due to the robust educational and licensing systems surrounding it.

Over the years, dozens of studies have looked at the effectiveness of chiropractic treatments. Researchers have already confirmed that chiropractic care is suitable for treating a wide range of conditions.

Chiropractic treatments have been found to be particularly effective for resolving lower back pain. A study published in the Journal of Manipulative and Physiological Therapeutics in 2000 found that patients with chronic lower back pain who had received chiropractic care had greater improvement in their condition compared to those who visited the family doctor.

Another study, published in 2002, tested the effectives of chiropractic compared to other forms of treatment for neck pain. It was a randomised, controlled trial. The researchers found that after 7 weeks, patients who received manual therapy (chiropractic care) had much better outcomes than patients receiving physical therapy or continued care from a physician.

The patients who received chiropractic care had fewer absences from work and used fewer analgesics compared to participants who did not receive chiropractic.

There is also evidence to suggest that people find the experience of visiting a chiropractor and receiving treatment to be very satisfactory. A 2002 study published in the American Journal of Public Health: Chiropractic looked at the satisfaction of patients after 4 weeks of chiropractic treatment compared to conventional medical treatments.

The researchers found that the mean satisfaction score for chiropractic patients was greater than the score for medical patients. They believed that increased satisfaction levels are largely a result of chiropractors providing excellent self-care advice and a thorough explanation of treatment options.

An American study published in 2017 came to a similar conclusion. The researchers analysed chiropractic utilisation within the U.S. general population and found that, “Back pain and neck pain were the most prevalent health problems for chiropractic consultations and the majority of users reported chiropractic helping a great deal with their health problem and improving overall health or well-being.” 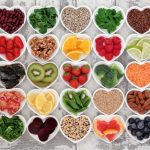 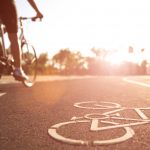 Our Ealing Chiropractor Offers Advice For Cycling With Back Pain 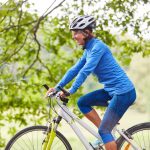 How To Improve Your Health By Riding A Bike 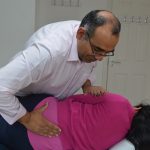 What The Research Says About Chiropractic Care 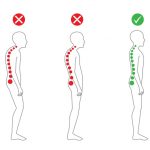