According to the research published by the NIH, lower back pain affects about one-third of the UK adult population each year. Approximately 20% of these people will see a doctor to obtain treatment.

The doctor may recommend that the patient sees a chiropractor to resolve the underlying issues causing their pain. However, some doctors may simply prescribe muscle relaxants, if they believe muscle tension is the main factor causing a patient’s discomfort.

While there is a place for the use of pharmaceuticals when treating back pain, care should be taken as they sometimes have severe side effects or are addictive in nature. In this post, our Ealing chiropractor takes a closer look at the safety of muscle relaxants and how they compare to chiropractic care.

What Are Muscle Relaxants?

When a person has a spine-related issue like lower back strain, fibromyalgia or a whiplash injury, the muscles in the region may experience muscle spasms — involuntary contractions of a muscle or group of muscles, which limits mobility and causes pain.

Muscle relaxants, also known as Antispasmodics, are drugs which are designed to reduce the number of muscle spasms that occur, relieving pain and helping the muscles work correctly once more.

Antispasmodics are thought to work by either causing a sedative effect or preventing the body’s nerves from sending pain signals to the brain. Disrupting the signal chain between the brain and muscle eliminates or reduces the number of the spasms occurring.

When your muscles work correctly again, other forms of treatment can be more effective, like physical therapy and exercise.

Muscles relaxants are generally considered to be a safe form of medication. However, muscle relaxants containing diazepam or carisoprodol can be addictive and may cause withdrawal symptoms when you stop taking them.

The withdrawal symptoms that can be experienced may include hallucinations and seizures. The addictive potential of some muscle relaxants is why most doctors will only provide prescriptions for short periods.

There are also several side effects associated with antispasmodics, including:

The drowsiness caused by muscle relaxants means that patients should be careful when performing activities like driving on working with heavy machinery.

Researchers have discovered that muscle relaxants are not particularly effective at treating lower back pain. In fact, there is some evidence to suggest that over-the-counter medications like acetaminophen or nonsteroidal anti-inflammatory drugs (NSAIDs) are just as effective as muscle relaxants in most cases.

These over-the-counter drugs have less side effects and are more affordable than muscle relaxants, which immediately makes a case for avoiding muscle relaxants. However, there are some people who find that acetaminophen and NSAIDs are not effective or well-tolerated. These individuals are more likely to benefit from the use of muscle relaxants.

A study published in 2004 compared the effectiveness of chiropractic care vs muscle relaxants. In this study, researchers gathered a group of 46 subjects between 21 and 59 years old, all of whom had lower back pain.

The test subjects underwent chiropractic and radiographic evaluation at the start of the study, along with a lumbar flexibility test. The researchers also evaluated the pain levels of each subject using the Visual Analog Scale (VAS), the Zung Self-rating for Depression scale, and the Oswestry Low Back Pain Disability Questionnaire.

The subjects were then split into three groups, with each group receiving one of the following treatments:

If you are currently dealing with back pain, our chiropractor at our chiropractic clinic in Ealing is here to help you. You can book an appointment by calling our clinic on 020 8900 9004. 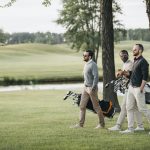 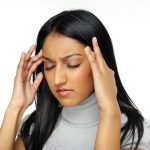 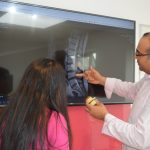 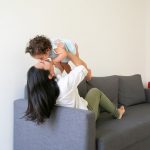